Learning to be happy with the imperfect

From letting go of perfectionism to working through post-breakup grief, Gordon shares how meditation practice provides a much-need shift in perspective. 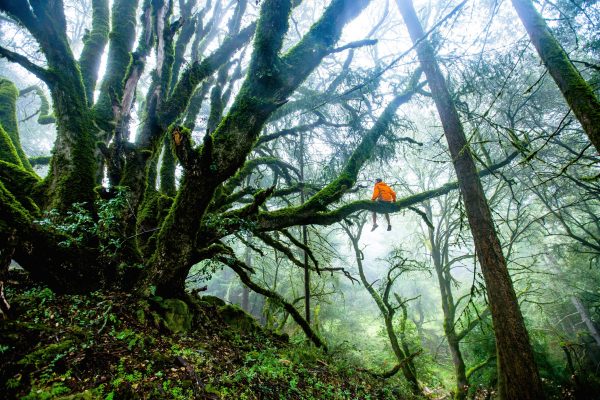 Written by Gordon M., a buddhify user since 2014

One of my mottos in life is ‘happily imperfect’. I can’t recall when I came up with that phrase, but it originated in my desire to always be improving, always learning, and always looking forward. However, since I’ve started to feel the benefits of meditation and mindfulness, I think it would be more accurately stated as an acceptance of myself. I have limitations, I am not perfect, and that’s ok. It may be a subtle shift, but the underlying implications on my own mental health are large.

A couple of years ago I received some counselling and I got insight into some of my behaviours that were leaving me feeling ‘not happy’ with myself. Essentially, I am a classic ‘perfectionist’ who is always looking ahead, who never focuses on the present, and who never acknowledges any achievements. Basically my inner critic was the loudest voice in my head and drove the vast majority of my behaviours.

The counsellor suggested, amongst other things, to try meditation as a way to bring myself to live more in the ‘now’. Fast forward a few months and it’s safe to say that meditation and mindfulness were key to switching my focus and played a big part in lowering my own internal stresses and quieting my inner critic.

There is no doubt that today I am far more happy with being imperfect than I’ve ever been.

Meditation and mindfulness played a big part in lowering my own internal stresses and quieting my inner critic.

Recently, meditation also played a large part in helping me deal with what is typically an emotionally fraught time; the end of a relationship. I went through all the usual stages of post-breakup grief, over thinking things, wondering why it had happened and what might’ve been.

It took me a few days of struggling before I realised I wasn’t really accepting what had happened and that, maybe, I needed some help. Once I realised that, it didn’t take me long to also figure out that I hadn’t meditated for a while, that my head was pretty full of negative and distracting thoughts, and hey, maybe those two are related?

The key for me is keeping the practice of regular meditation going. It’s only after a while that you start to realise that it is benefiting you.

In the midst of all that emotional turmoil, having a way to calm my mind and centre my thoughts was invaluable. Not only did it help with the initial feelings of sadness, meditating also allowed me to step back from the thoughts whirring around my head, and helped me let go of any thoughts that were stopping me moving forward in accepting the breakup.

It was also key in letting myself acknowledge and feel the emotions I was experiencing, rather than shutting them away and ignoring them. It feels much healthier to be able to look back with a smile at the good times, rather than feeling sad about something that I can’t control.

In the midst of all that emotional turmoil, having a way to calm my mind and centre my thoughts was invaluable.

The key for me is keeping the practice of regular meditation going. It’s only after a while that you start to realise that it is benefiting you. It can be hard to quantify exactly but I know that in the first month or so, whilst I enjoyed the act of meditating and sitting quietly for a while, I couldn’t put my finger on anything specific that proved it was working.

But eventually you start to realise you feel calmer in general. You laugh more readily. You feel more aware and alert. It’s subtle at first but the more you notice it, the more you realise how good it makes you feel, the more determined you become to carve out some time (and space) to meditate.

Gordon M. is based in Glasgow, Scotland. During the challenging time after his breakup, he found listening to the Replace meditation under Stress & Difficult Emotion on repeat left him feeling much lighter and calmer.

If you feel you have learnt something important through your meditation practice and you’d like your share your insight or experience we’d love to hear from you. Let Dana know via [email protected] and she’ll get in touch.