Lucy opens up about being dubbed the most popular voice on the app, surprising customer insights, and more 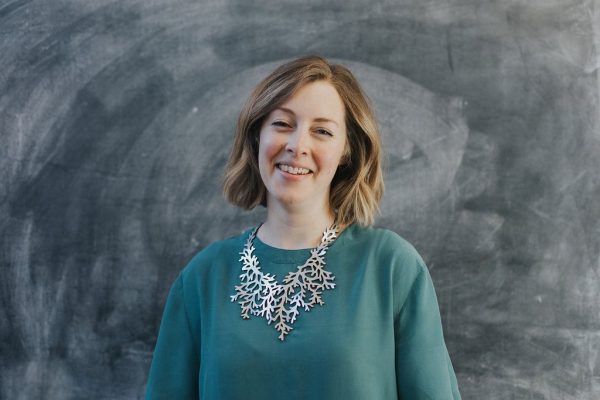 Recently, our editor Dana Jaffe sat down with each of the buddhify team members to find out what they’re all about. Here she talks with Lucy Gunatillake about navigating challenging customer feedback, being the voice behind meditations that help people get to sleep, and how Rohan’s mindfulness practice has improved their relationship.

You’ve been dubbed the most popular voice in the app. How does that feel?

I’m delighted. The reason I think I’m the most popular is because I do the sleep meditations. If I can send people to sleep, then that’s brilliant.

Of course, I’ve found this surprising! That wasn’t something you think about when you’re recording in a little studio in Glasgow in 2010, with the sound of trains outside and having to stop every two minutes to let the trains rumble past. At the beginning, it was not a choice to use me because Rohan thought that my voice would be particularly appealing. It was because I was available, and I’d happily do it for free!

Truth be told, before buddhify, people would occasionally tell me that I’ve got a calming voice. I think I just got it a few times from men during my teenage years. They would say I sounded a bit like I should be on BBC radio, but I just thought it was come-on at the time.

As lead on customer research for buddhify, what surprising insights have come up?

Firstly, how often people use the app. There are many people who use buddhify multiple times a day, which is great. I never would’ve imagined that, but it makes sense. It speaks to how different the buddhify meditator is to, say, the Headspace meditator. It’s a much more open concept about fitting mindfulness into your life. To me, the fact that people have got to using it multiple times a day, it really demonstrates that difference between the where’s your 10 minutes versus the where’s any point in your life that you can use this?

Another interesting statistic is how many people stick with buddhify. There are people who’ve had it on their phone for five years, and they’re still using it. One in about five people who’ve bought buddhify still use it regularly. It’s amazing to me how buddhify can be an important, enduring part of people’s lives. They tell us this, but it’s more when you see the numbers that it really resonates. You realize it’s not just the ten people who get in touch, it’s actually thousands of people.

You are also lead on customer service. What feedback have you found most challenging?

It’s hardest when it’s a problem that we just can’t fix. Somebody got in touch recently, and the audio wasn’t working on their phone. It’s an actual device problem in that those particular devices just won’t play the audio properly, so it’s things like that.

People also often do share quite difficult stories. What tends to happen with that is that people write really, really long emails. We write really, really long considered emails back. If there are emails that need careful consideration, we go through them and work out what’s the best way to approach it to make sure that we can be as helpful as possible. I think we’re lucky because I’m training to be a health psychologist, and I’ve got a background in working with similar situations prior to this. So I can look at messages from a mental health perspective, while Rohan can look at it from a meditation point of view, which I think is a nice balance.

You are training to become a health psychologist. What inspired you to take that path?

Yep, it’s a fairly lengthy process. I’m hoping next that I get into the trainee component where you move towards chartership.

It’s basically the perfect combination of different things for me. It combines a lot of things that I’ve done before in terms of working with health policy. I like that it’s very positively focused. The role is primarily about trying to support people to independently make choices and change their behaviour. You’re very much trying to facilitate them to realize things about themselves and to, hopefully, make changes as a result. In addition to the one-to-one and group work, there’s also a lot of work involved at a service development level like training other members of staff in psychological theory or improving existing services.

You have a background working in mental health & technology, in particular on a project for the Scottish Government. Can you share more about that? Based on your experience, what insights do you have on how to reach people who want help and are in a 'sub-clinical' space?

At the time, I was part of an organization in Glasgow that worked in social science, social care, and mental health. The project in the Scottish Government, which was a partnership with the NHS as well, was about serving what they call a subclinical population. There are people with long-term, enduring mental health problems and who have been diagnosed with clinical depression, but this was about reaching a group of people who sit just below that threshold. In this subclinical population, while getting some help would be positive, many people will get better just of their own accord.

Often when people are starting to seek help, they’re actually starting to move through it. We were aware that people were searching for things often associated with poor mental health, but maybe they didn’t realize that what they were experiencing was anxiety, or depression, or low mood. One of the most popular searches is how to sleep better, or I can’t sleep.

People were trying to understand what’s happening to their mental health often through search. But beyond that, there weren’t necessarily that many places for them to then continue to do things online. Often, it was a telephone number to get in touch with your GP or something like that, and actually, we realized there will be a large number of people who will just want to manage that through technology in the way that they manage many other things in their life through technology.

How did you get interested in mindfulness and meditation?

Rohan! When we met, he was part of some meditation groups in London, and I did go to one with him one time. It was something that I had never experienced. At that point, I associated it a lot with religion and so I was quite cautious about it.

He also wrote a blog for a number of years called 21 Awake, and he would talk about our relationship on there but in a way which was about his mindfulness — his experience of things in relation to his meditation practice. That was my first understanding, as a partner of somebody who was quite into mindfulness, of what a positive thing that was. I was reaping the benefits of him being a meditator for the previous decade. I could see the real positives in other people who practiced meditation, and it was through reflecting on that that I was able to understand it all a bit more.

Having first joined buddhify since Rohan didn’t have any budget for vocal recording, Lucy is now the most popular voice in the app. With a background in social impact and mental health-related technology projects, Lucy leads on research & operations, and is currently training to become a health psychologist.

You can find Lucy’s contribution to buddhify Kids through the meditations under Waking Up I, Travelling I, Using Your Phone, Going to Sleep I & II, and Can’t Sleep I & II. She also teams up with Rohan for With A Partner and Emmie for With A Friend sessions.