The Future of Mindfulness Apps (and how to get there)

Rohan on the evolution of mindfulness products and what the next generation of apps will look like. 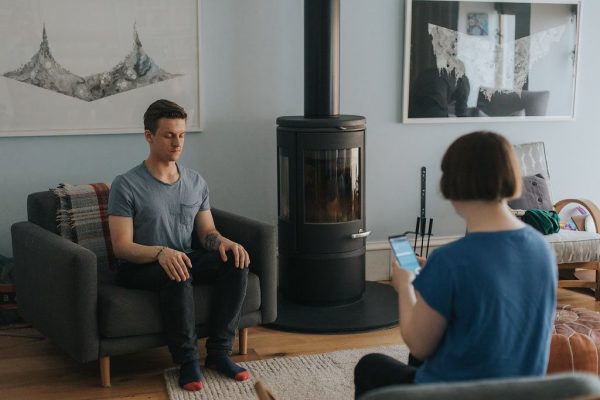 Over the last five years, the first generation of mainstream meditation apps have done so much for mindfulness practice. Launching at a time when more and more people were becoming interested in mindfulness, Headspace, Calm, buddhify, and similar apps have made it easier than ever before to turn that interest into first-hand direct experience. The ease of downloading and instantly getting started with a meditation app has made the practice accessible to all sorts of people who might never have otherwise given it a go. This has been a wonderful thing.

But there is so much more that meditation apps could do. I first got into making buddhify all these years ago because I felt there were limitations in what was available at the time. While the world of mindfulness apps have come so far — propelled by the success of the likes of Calm and Headspace (whose work I greatly admire and appreciate) —  there still are many limitations. The primary limitations I want to explore in this piece are:

Right now, for the vast majority of meditation apps, meditation is just content. The way they pretty much all work is that you put on your headphones, choose a meditation, and press play — quite similar to picking a song to listen to on Spotify or a show to watch on Netflix. Someone then guides you through a practice, you try to follow instructions, and then it’s over. While there are definitely some active aspects of how and where you place your attention through the practice, it is ultimately an experience where you are consuming audio content.

How to build the future: Alongside the simple and easy delivery of audio content, meditation apps should also look to be more innovative and include features and experiences which enable users different ways to practice. Our research shows that there’s a point where users feel an app has lost its usefulness because they’ve ‘listened to all the meditations’. So to avoid losing their relevance and their audience, the next generation of apps need to be more creative in how they share the practice. Key to unlocking what those features will be is understanding what constitutes wisdom and growth and designing ways to optimise for that in users.

The rise of mindfulness apps has not been without its critics. Among them have included traditional meditation teachers, academics and other experts, whose main argument is that apps are superficial and lack the depth and rigour of other teaching methods such as face-to-face classes and courses. While I have some sympathy for this perspective, it is often also accompanied by a lack of understanding — and at worst outright denial — of how significant apps are.

On the app side of things, the bullishness of startup culture is often expressed through the mythos of ‘disruption’’ where everything made through VC-backed mechanisms is inherently better because y’know…’disruption is good’ and ‘we’re changing the world’, etc. This can lead to the overlooking of hitherto respected traditions. As with most things, neither are wrong and neither are right.

How to build the future: If apps are only entrepreneur-led, then we will only get apps which optimise for things that entrepreneurs value — growth, scale, and their investors making a shedload of money. While most mindfulness app entrepreneurs genuinely care about the practice and have a personal connection to it, the reality is that very few of them are professional mindfulness experts, but instead professional entrepreneurs. To move forward and go to the next level, entrepreneur-led apps need to engage more with meditation experts not as ‘talent’ or content-creators, but as co-designers of product.

On the other side, those meditation experts who do really care about how mindfulness evolves in the next ten years need to really need to embrace the app space.  And critically they need to get involved in the making of them, pairing their expertise with the resources available. I got into this game myself because I gave a damn about these practices and realised that the best way to help direct their evolution was from the inside rather than just complaining from the outside. As a small team, there are only so many people we can have involved in our product development, but should our resources grow, we hope to engage more teachers that we admire into the nuts and bolts development of how what we make works.

#3 Meditators should be encouraged to explore different pathways

Makers of mindfulness apps with a content/consumption approach and a monthly subscription revenue model have little-to-no incentive to enable users to become independent of those same apps. In a digital economy where user ‘engagement’ (read: addiction/dependence) and monthly recurring revenue/lifetime value (read: how much they can squeeze out of you) are the primary metrics that teams and investors are interested in, keeping you within the app is the name of the game.

But remember, meditation is not a content business, it’s a wisdom business. The true purpose of mindfulness training is to get you to the point where you no longer need mindfulness training. While there is always more to learn, progress is made by becoming more independent, self-sufficient, through having naturalised a broad and deep set of skills. So an app can be there when you need extra support, not because you don’t know anything else.

How to build the future: If a meditation app says the only way to progress is through that same app, then it either doesn’t understand the practice or is being disingenuous. If an app however is honest and recognises that they are part of the wonderful universe that is meditation, rather the whole universe itself, then the first step they have to take is to understand the pathways.

For example, we spent three months this year talking to all kinds of different parts of the mindfulness audience and mapped out the routes that people take and how their motivations change along the way. We ultimately would like to share this intelligence so that we as a mindfulness community can work out how we can best serve people.

But to do that, more people need to take a systems-level view rather than being overly obsessed about their own particular part of it. Because without a systems-view and the well-articulated pathways for development and growth, regular people just lose out. And they should be the reason we do this in the first place, not simply justifying our own worth as makers.

#4 Meditation is better when it’s done together

Another way in which the dominance of the mp3-consumption model limits the possible is that meditation apps as a result present the practice as thing we do alone, as individuals. While an asynchronous recorded disembodied voice guides you through an audio track, the first generation of apps ultimately treat you as an individual atom, practicing all by yourself.

This is in stark contrast to how meditation has historically been taught, in that is has always been social — be that in a live relationship with a teacher, mentor, or community with whom you can share your experiences and also share the physical space. It can be argued indeed that a meditation practice in which one only ever practices alone is only half a practice, with the other half provided by the social experience. In other words, meditation is better, and indeed complete, when practiced with others.

How to build the future: During the last five years, the idea of mindfulness apps and practising with others have been mutually exclusive. But given that the history of popular technology in current times is all about social, all we need to do is to take what we’ve learnt from digital channels, take what we know from what makes practising together so great, and design solutions that show the way forward. Genuine social interaction should be the heart of a meditation experience, not an add on. Here at buddhify, we have our own perspectives on what that looks like (such as our new Give and Transmission features). And there will be more. We just need to get on and invent them.

#5 We need to get better at diversity and inclusion

The meditation community has long had issues with encouraging diverse and inclusive audiences. Over the years, institutions, systems, and cultures have evolved to reduce barriers and allow more and more people to gain the benefit of these practices. Yet for all the steps forward that mindfulness in general and specifically mindfulness apps have made, there is still more work to be done.

The dominant model of charging $10 a month for the best VC-backed mindfulness apps means that meditation is perceived as a luxury good and thus creates an environment of financial exclusion to millions of people. The fact that it is a daily challenge as a self-funded values-led business such as buddhify to survive against California-based startups means that we risk the marketplace being reduced to products primarily motivated by scale and investor return rather than innovation and social value.

And in a market which heavily skews female, pretty much all of the products with profile have male-led or male-dominated executive teams. And we could raise similar issues with regards people of colour and other under-represented groups and identities.

How to build the future: At buddhify, we know we have a long way to go to be as inclusive as we want to be, and much of that is due to our highly limited resources. That said we will continue to do whatever we can to present mindfulness in as a diverse and dynamic a way as possible. Doing so not only stays true to the history of the practice, but it is also the only way it stays relevant and alive.

Unlike organic and fairtrade foods, there is currently absolutely no reason why high-quality, best of type digital mindfulness products should be inaccessible to the kinds of communities that are currently excluded. All that needs to be done is to give a damn and for resources to be put behind social and public value as well as commercial value— since they need not be mutually exclusive in this case. Because if we don’t, the mindfulness project will have failed.

Now that we are maturing as a space, I feel it is a sign of that maturity that we’re able to have an open and honest conversation about what we as a community of makers of mindfulness apps do well and what we can do better. Even more excitingly, I believe the opportunity is for us to move to evolve our work and create the next generation of meditation apps. The changes we’re making to buddhify are absolutely our version of that evolution and should any other makers want to hear our ideas of how they might incorporate some of the ideas in this piece, we’d be very happy to share our thinking. Because part of the future of mindfulness apps is a stronger, more collaborative community of makers.

So we’d love to hear from you // [email protected]